Scope creep seems like a topic that is unaddressed until it is already too late. As project managers, we know that it is something to be avoided at all costs in order to maximize our efficiency and keep within the budget. When drawing up the contract for the client, some may various methods to define the goal, the scope of the project, and keep within those boundaries. In this article, I propose a minimalist, effective method to identify scope creep when drawing up the client’s contract. I do not focus on using this method to identify the goal since that is outside the scope of this article. However, a similar process may be used to help define a narrow goal and scope for its achievement.

From whence does project scope creep?

As project managers, we know what scope creep is. To be clear, I do not claim to know how to prevent the unforeseeable (If anyone does know, I have a new job for you as my money market portfolio manager!). This article is targeted towards actions that are voluntary, preventable, and foreseeable. The method which I propose looks similar to an event chain diagram. For minimalists’ sake, I use bullet points. You could also call this a ‘since-then’ or ‘if-then’ chain.

Consider the following. You decide to use your free Saturday to do some yard work. You don’t have an exact plan, but you know you just need to “clean things up.” Where do you start?

By now you’ve only addressed a fraction of the yard work, it’s now sundown, and you’ve spent $800 on the upgrades to your yard! You didn’t define exactly what you wanted to do, nor did you set a goal so you didn’t know you were finished when you pulled the weeds! You did lots of things that were related to your original ‘goal’, but not necessarily.

This works in the same way a toddler consistently asks “why” (and makes you eventually give in and say, “because it does!”). Consider the following:

Somehow, a simple question about a birds’ feathers has led you to question animal rights policies and your dietary choices—and you didn’t even answer the child’s question (that’s okay though, they’ll probably forget they asked anyway…) In a similar fashion, as we manage our projects, we reason to ourselves that if we are working on one deliverable, then we could or should be adding value to our client by starting another similar one! If we don’t catch ourselves, the project will tailspin and you may be over budget and working over-time (literally).

To see what I mean, let’s say you are a new social media account manager. Let’s say your stated goal is to grow your client’s Internet presence by 75% (as measured by their number of virtual followers). You might reason thusly:

You reason to yourself that, ‘well, I’m already working on deliverable x, I might as well start on similar item y. That should make the client happy!’

You can see how the stated scope was originally to grow your client’s web presence by 75%, but you used an ‘if-then’ reasoning to convince yourself to develop their YouTube account. Unless properly defined in the contract, this may be reasonable. But without explicitly stating it, your scope has creeped! By the way, since this is a voluntary, preventable scope creep that was not listed in the contract, you are essentially working for free! We’ll assume that your client is happy with this and thinks this is all part of the plan (and hey, who wouldn’t want free publicity?). You have now stretched your resources too thin, and now wrangled your colleague Jerry into the problem—and Jerry wants to get paid, too. Is Jerry in the budget?

Naturally, the best way to prevent scope creep is to define the goal as sharply as possible in the beginning. When I was in academia, my professors used to tell me: “If you can’t tell me your thesis in one sentence, it’s not clear enough.” The same should be true before the kickoff meeting. One may use this method described above to define a goal, but rather than asking ‘if-then’ or the ‘why’, one should ask the ‘how’ until one arrives at a method that cannot be elucidated any further.

When writing out the contract, you may even want to include this type of methodology when describing your deliverables. For example, consider again the social media account manager. The contract between him/her and their client may read something like this:

Notice how there are explicitly defined goals with quantitative progress indicators and explicit action items to achieve those deliverables; for every detail, there’s a detail. The contract also states what actions will be taken, so if you get an idea and it’s not in the contract, don't do it! You may find it necessary, or even altruistic, but leaving it out will prevent troubles down the road (even legal ones).

If you would like to be more generous with your deliverables, create a contingency plan. This may look like the contract excerpt shown above, but include in asterisks (**) items that will be taken if necessary. Also make clear in the pricing that if those (**) actions are taken, the client will pay for them, and if not, they do not pay. Who knows, your ability to keep your scope concise, anticipate future concerns, even at your client’s expense, could mean that you also create a repeat customer!

Published at pmmagazine.net with the consent of Ryan Freer 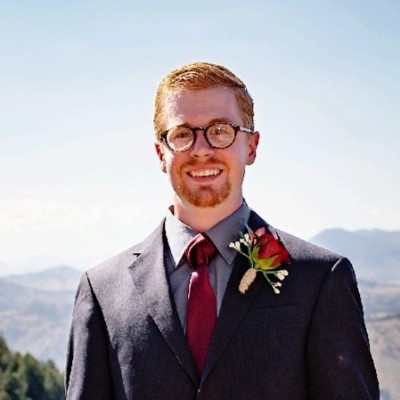 Ryan is a forward thinking, outside-the-box thought leader, keenly interested in renewable energies, and the solar industry in particular. An academic by trade, he is building a career in project and product management and market research. He has helped businesses: improve efficiency and processes, created marketing content, prepared business strategies, and break into new markets. He is especially interested in Lean project management.

What drives him: Setting and (over)achieving goals Overcoming "We (or I) can't" Projects with mindfulness, purpose, and positive social benefits Balancing the qualitative, human element in metrics-driven environments

He is an INTP with a carnivorous love for creativity, curiosity, learning, growing, and just plain old doing things a little bit better each time around.