Behavior-Driven Development aims to improve a team's ability to deliver prioritized, verifiable, business value using a shared language known as ubiquitous language. So BDD concentrates on building a simulation of the problem domain, and then attempts to minimize misunderstandings between users of the software and the developers by having this common vocabulary. That common vocabulary is what we call a ubiquitous language.

In Agile environments, BDD plays a vital role because it strongly encourages the use of Agile methodologies during the development and testing. BDD brings customers, end-users, BAs, QAs, and SEs of the software product into one table for effective sharing of knowledge on the system and its testing requirements.

In Behavior-Driven Development we user stories to express business value and desired behavior. We see the user of stories in other Agile frameworks as they provide a great way to express what the intended goal is of a requirement, who benefits from it and why, versus expressing it solely in technical terms. This story structure is the basis of discussion between stakeholders in the team or between a stakeholder and a business analyst.

As you can see on this slide a story would look the way that this diagram shows. So as a role I want a specific feature so that I can enjoy a certain benefit. Depending on the roles you have in your organization, BDD could potentially work as follows. A stakeholder would talk to a business analyst to specify requirements. The business analyst frames that as a user story. The analyst speaks to the tester who creates scope by selecting the most important scenarios. And this implies that the tester works very, very closely with the analyst and with the development team. And then a representative of the technical or development team estimates the development duration.

BDD provides the structure for a story resulting from a discussion between stakeholders and analysts. An example of a user story is displayed. It reads:

There are four steps when discussing Behavior-Driven Development.

Features, scenarios, and steps together form Behavior tests. These tests are normally written in a business readable, domain specific language (DSL) by Business Analysts (BA) — in most of the cases. Gherkin is a popular language which is used for writing narrative user stories.

The implementation is kept in the backend, mapping each step to the frontend. The easy-to-understand frontend for a test case in BDD makes an automated test case easy to review for managers and other stakeholders for a project.

The test cases are defined to replicate the behavior of the system thus the name ‘Behavior Driven Development’.

The BDD approach gives clear visibility about the implemented business use cases as the frontend is in plain English. This frontend can be easily reviewed by anyone in the entire team including QA team, Dev team, Business Analyst, sales team and other stakeholders whereas in the TDD approach, automated test cases are tough to review as they are defined by developers in the programming language being used for development.

Below figure shows the process followed by BDD:

In summary, BDD involves in a cycle of above activities and requires the involvement and collaboration of a cross-functional team which consists of customer/client, BAs, QAs, Testers, UI & UX designers, and software developers.

Behavior-Driven Development specifies that tests of any use of software should be specified in terms of the desired behavior of the unit and should look at the extremely specific business value.

For Review of other Agile Methodologies, follow the links below: 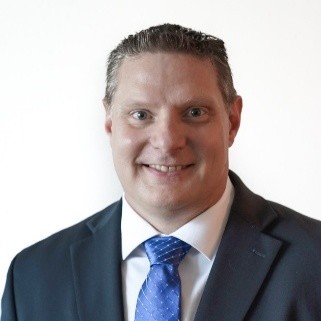 Bill began his agile journey in 2009 while incorporating agile practices of research projects into deliverables guiding companies, organizations and individuals through the impact of the Great Recession. Through a model of continuous improvement, Bill has established unique methods to successfully integrate agile practices of Scrum, Lean and Kanban frameworks into operations, sales, research and training projects across multiple industries and with different teams.