A hero’s journey to project management

The #Hero's Journey is a classic story structure that's shared by stories worldwide. Coined by academic Joseph Campbell in 1949, it refers to a wide-ranging category of tales in which a character ventures out to get what they need, faces conflict, and ultimately triumphs over adversity. It’s very much like any organisation about to embark on transformational change from - current state to desired future state - to redress a capability or performance gap using programmes or projects alike.

This story structure equally applies to #project management where a project manager begins by understanding the status quo (i.e. the ordinary world) or the existing arrangements in terms of processes, organisational structure, technology and information (POTI model). They are then called to adventure in changing the organisation as they are confronted with a business problem or challenge that cannot be ignored as a result of VUCA conditions and aligned with deliberate and emergent strategies and vision.

Depending on how the project manager is recruited, and their level of experience and credentialing, when compared to the unique characteristics of the project. The project manager may initially “refuse the call to action” particularly where there are a number of unknown unknowns and assumptions. It’s enough to give anyone pause. They may be reluctant if the project manager has no portfolio, programme or project management office (PMO) support to facilitate delivery and capability development.

After some reflection, the project manager decides to accept the business problem (or adventure). Enter the mentor, someone who provides specialist training, profound wisdom or something abstract. The mentor can take many forms from a person to an object. In all cases, they prepare the project manager for the next step.

Now the project manager is ready to cross the first threshold - and committed to the journey. This marks the end of the departure stage, where the project manager has incrementally built firm foundations based on the business need. This juncture is seen as a checkpoint for the story ahead to pause and reassess your bearings before continuing into unfamiliar territory. In a project context, this is an opportunity to undertake an independent gateway review to identify any potential risk threats before the project owner decides how best to proceed next - either by continuing, discontinuing or varying the scope of implementation.

In Tests, Enemies and Allies phase, the project manager faces new challenges (“the unknown unknowns”) and gets a team of people to help deliver the cause. It is generally one of the longest stages in the story as the team begins to understand the new world. In programme and project management, iterative delivery over predictive approaches allows greater control points to reflect and continually improve. In the approach to the inmost cave, the project manager gets closer to delivering the strategic goals. This stage is all about the delivery approach and covers the foundation needed in order to redress the business problem.

The road back marks the beginning of the project manager returning the organisation to the desired future state otherwise known as the new status quo by embedding the agreed outputs, capabilities and outcomes. However more potential risk threats can still arise to the actual realisation of forecast and emergent benefits in operational service. Here the last test is met - measurable and positive performance improvements resulting from change aligned to organisational (including strategic) objectives. This is the true climax of the story. In the resurrection phase, in which the last test is met - actual realisation of forecast and emergent benefits. Everything that happened prior culminates in this crowning glory, as the dark side gets one last chance. It’s the final test to see if the project manager has really learned the lessons of the ordeal (the previous experiences thus far).

The return with the elixir is where the project manager returns the organisation to the new status quo - whether its a strategic objective, knowledge or insight. However, the project manager inevitably goes back a different person than when they started the project - they have grown and matured as a result of the journey taken. The elixir in this case is the measurable and desired improvement in performance of the target operating model.

In the end, a programme or project (i.e. the story) should dictate the lifecycle (or structure) it follows since there is no point trying to force a path without contextualising it to suit its unique characteristics. So let the project manager define the project and the project define its lifecycle with enough review points to evaluate and improve the script. The Hero’s Journey can act as a guide to managing and delivering a project as it builds structure, characters and engagement. It supports the three-act structure and develops a full character arc that resonates with stakeholders. 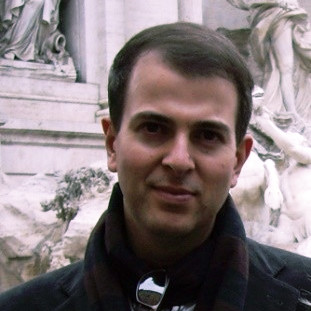