Can I Multitask? Of Course! Should I? You be the Best Judge!

So may be just about now, you may be reading this article while eating lunch, surfing LinkedIn, and planning the budget for your next holiday. Let me make this clear: You’re doing this to “save time” by doing multiple things at once.

But as Oscar Wilde said “The Truth is rarely pure and never simple”. Reality Check: Truth is, you’re actually wasting time. Yes, you finished lunch, but you may have not savored its taste. I highly doubt that you may be able to recall even 5% of all LinkedIn posts you surfed, and let’s not even get to the budgetary disaster which awaits you in your potential holiday.

I get it! Multitasking is the norm, the “fashionable thing” to do now-a-days. Sure it has its sunny side, as there are tremendous things we can finish as we have lots to do as information is hitting us non-stop.

Sure, you might be great at multitasking. And to some degree, you are. You may be able to walk and drink soda at the same time. You can fold clothes while talking to your sibling. No sweat, it’s easy!

Why is this so easy? This form of multitasking works because they are routine tasks which don’t require much brain power, sort of like doing things on Auto-pilot mode.

Truth is our brains are not programmed for multitasking tasks that do require brainpower. Stats say that trying to focus on more than one thing causes a massive 40% drop in productivity. The scary part is that consistent multitasking can cause a 10% drop in one’s IQ (that’s equivalent to missing a night of sleep). The worst part is that mistakes and inaccuracies have been as high as 50%.

So why doesn’t multitasking work with tasks which require attention and focus? When you’re trying to accomplish two dissimilar tasks which require focus, multitasking fails. Your brain just can’t handle this influx of overload and convert them into short-term memory. When information doesn’t make it into short-term memory, there is no way it can be transferred into long-term memory for retention.

If you can’t recall it, you can’t use it. Instead of actually helping you, multitasking works against you. It’s making you less efficient, not more.

Multitasking can be expensive, too—and dangerous. I have learned that lesson a few years ago. I was watching a tennis game on my phone as I pulled up to a traffic light. Sadly, I miscalculated the distance between my car and the one in front because I wasn’t fully paying attention. I hit the other car, though no one was hurt. Still, it was the most expensive tennis game I’ve ever seen. And I learned my lesson.

So instead of reading this blog while watching television, cooking lunch, and exercising, try something different. Stop and Pause! Go for a run or a swim. Do yoga. Give your brain a break.

Everything else can wait! 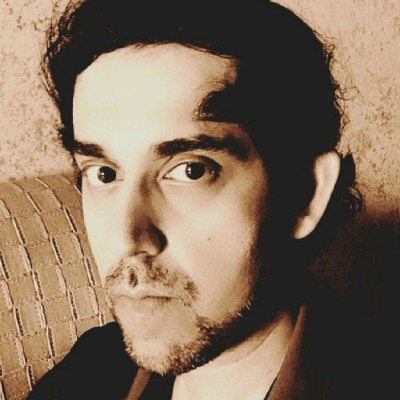 The brilliant thing about Learning & Development is that there is no finish line..no '"THE END"...What's really intriguing is that fact that since the time you are brought to this world to the moment you die...the process of learning is a companion which never leaves your side..And I.. in a small microscopic way..contribute to this never ending rewarding journey!!
View all articles