Estimate to Complete (ETC) is the expected cost to finish all the remaining project work. The EAC = ACWP + ETC.

In one of the meetings I held during a previous project, one of the project team members suggested applying Google's culture in our organisational environment. I asked him, what will be the outcome? He gave a simple answer: "The employees will be happy". I told him, if you want to be happy, work towards being happy wherever you work. Find things you can take pride in; take pride in your work. Don't rely on the organisation to do things to make you happy.

I believe that corporate culture starts with individuals rather than groups. Nowadays, working within cultural diversity is inevitable, thus individuals, as well as groups, should capitalize on cultural differences, focus on developing and sustaining the project team throughout the project life cycle, and promote working together interdependently in a climate of mutual trust (PMI, 2017, p. 338). 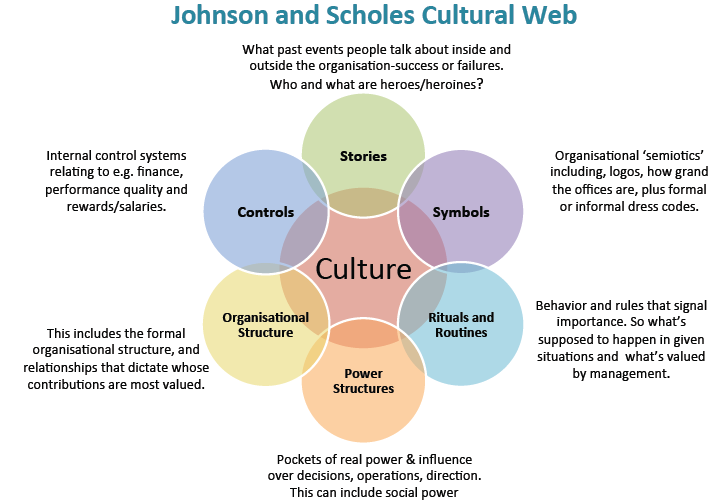 Organisations have defined tasks for employees, hierarchical structures and management, specific rules and procedures, employees complete tasks through ethical and motivational awareness of their responsibilities, and their value is judged by fellow employees based on merit; known as bureaucracy (Brooks, 2009, p. 16), these routines and systems form and impact organisational culture through dictating individuals’ actions. Overly standardised and formalised environments result in de-humanisation of employees and inflexibility (Groysberg et al., 2018, p. 49), slowed production with high perfection requirements (Merrow, 2011, p. 189); however some organisations use bureaucracy to ensure efficiency through having routines even for non-routine duties, and routines and systems for changing other routines (Adler et al., 1999, p. 43). Hofstede notes that these planning and control systems are ritualistic, resulting in challenges in evaluating effectiveness (Hofstede et al., 2010, p. 315). Rituals can be productive, creating supportive environments, or negative, enabling harassment or bullying (Ross, 2015, p. 3). All these factors create the organisational culture, and dictate whether culture is positive or negative.

Organisational Structure can have a significant impact on the culture through affecting employee cognition and behaviour (Groysberg et al., 2018, p. 52) as culture, structure, strategy and control systems interact and impact each other (Adler et al., 1999, p. 43), (Hofstede et al., 2010, p. 371). Structural changes can be used to modify employee behaviour via aligning the structure closely with the culture (Groysberg et al., 2018, p. 52). Scholars note that employee interaction with structure and culture is temporary, and that hierarchy and power vary, impacting the nature of the culture (Hofstede et al., 2010, pp. 47,73-74).

Brooks identifies Multifunctional and Multidivisional structures; in the latter, decision-making power is given to local division heads, allowing them to adapt to local cultures (Brooks, 2009, p. 197). This demonstrates the major difference between cultures and their accompanying structures: The distribution of power and authority, and its effect on organisational culture. Four key types of Organisational Structure have been identified: Bureaucratic, Professional, Simple, and Adhocracy (Janićijević, 2013, p. 54). Bureaucratic structures are authoritarian with highly centralized power, thus have a role and order-based culture, in which social relationships are unimportant; there is no personalisation and individualism, rules are paramount and must be obeyed; the culture is rigid and resistant to change; employees are cogs in a machine (Janićijević, 2013, p. 45; Groysberg et al., 2018, p. 49). Professional structures have a task and results-driven culture, with egalitarian power since individuals require authority to solve problems and make decisions to achieve goals (Janićijević, 2013, p. 45; Groysberg et al., 2018, p. 49). Since the culture is results focused, competence and creativity and teamwork are all valued, in contrast to organisations with bureaucratic structures, while socialising and relationships are unimportant (Janićijević, 2013, p. 45; Groysberg et al., 2018, p. 49).

Simple structures have a power and authority culture, with power concentrated with the leader and decision-maker; employees derive power based on their relationship with the leader, thus relationships are more important than tasks, systems and procedures (Janićijević, 2013, pp. 44-45; Groysberg et al., 2018, p. 49); this contrasts with bureaucratic and professional structures. In Adhocracies, people and caring cultures are predominant; the focus is on individuals' goals, not the organisation goals, with equal power distribution; employees participating in decision-making; social relationships are vital, contrasting with bureaucratic and professional structures.

Literature analysis demonstrates that culture and structure are interdependent; actions from one affect the other, effectively forming a never-ending interaction. I would argue, from my experience, that whether the culture and structure are beneficial for employees boils down to trust, regardless of organisational structure and culture: forming trust and relationships between and among employees and managers are the vital components from which all else flows.

Published at pmmagazine.net with the consent of Majed Abdeen
Source of the article: {Linkedin} on [2019-11-24]