Cost Variance (CV) is the amount of budget deficit or surplus at a given point in time and identified by calculating the difference between earned value (EV) and actual cost (AC). CV=EV minus AC.

Is Your Organization Ready for Agile Change?

A few years ago I interviewed a colleague who tried a perspective map in her organization. The idea of change readiness assessments have been around forever, but there is a quick way to figure out the answer to “whats in it for me?”at different levels in your organization.

As a change agent, I want to know:

This is input into a conversation, and it needs to be collected in a safe way. Sometimes people don’t feel free to speak up for whatever reason, and most of the time the executives think that everyone has bought into the change. How many times have you jumped into a gig because you were convinced that was true, only to find out not a lot of people really cared?

Perspective Mapping at the Organizational Level

Here’s an example built in Piktograph, which can be setup to automatically show data from Survey Monkey, Google Sheets and more. Here’s the generated image and the questions asked were: 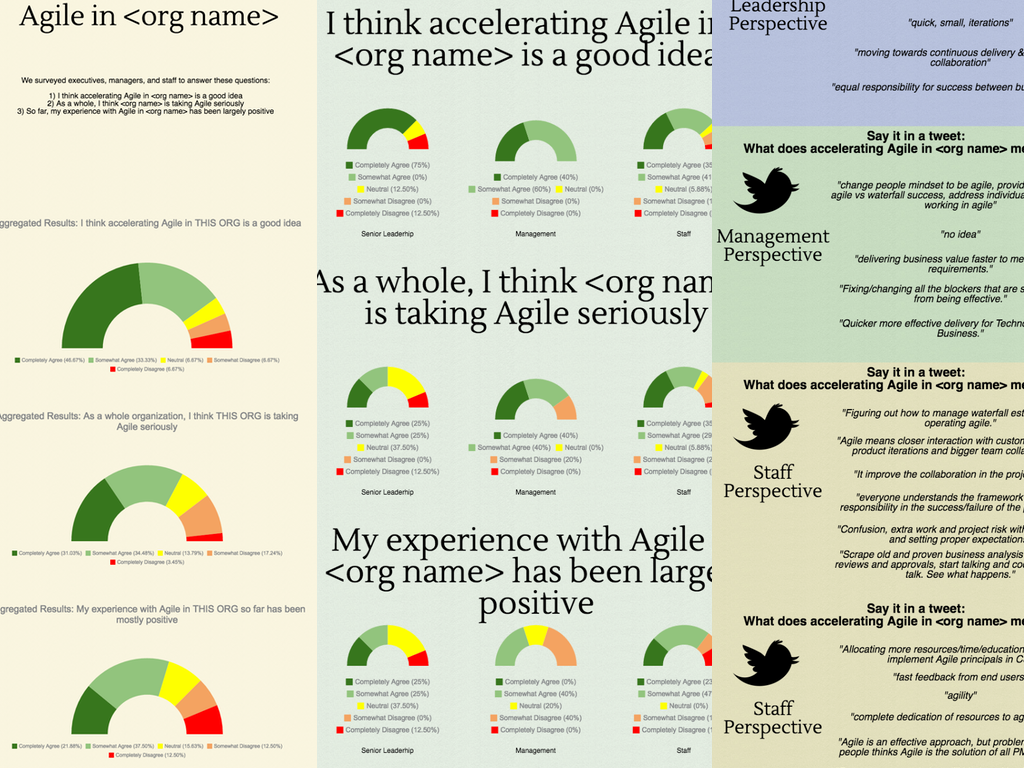 This exercise took a few weeks and people were skeptical because usually the *thinkers* decide to go agile and everyone else has to follow along. I sliced the data by layer, and by business and IT so we could see aggregates and impressions from different perspectives.

I originally turned down this organization when they wanted to hire me as their agile coach, then I talked to the executive who was in charge. To this day, he's still the most supportive and involved executive I've ever worked with. The challenge was, he was really the only one who wanted it. Of course everyone else said "yeah, we're all bought in..." and this exercise helped reflect back to the leadership team that there were severe alignment issues to work on before they should even think about the agile stuff.

During the first program retrospective I observed, the facilitator closed it off with a question: "who would want to work on an agile project again?" 2 of the 25 hands went up. Turns out agile was being used as a stick, meaning it was used as an excuse to work people harder.

Long story short, the initiative died quickly and I told the sponsor that I was going to go home and stop billing them. I told him if anything changed while I was still under contract for the next 6 months, give me a shout. I answered a few emails here and there, but on the last day of my contract, I walked in, dropped off my badge and never heard from them again. By the way, a few months later they got absorbed into another department and it didn't matter anyway.

Why Agile? Why Now? 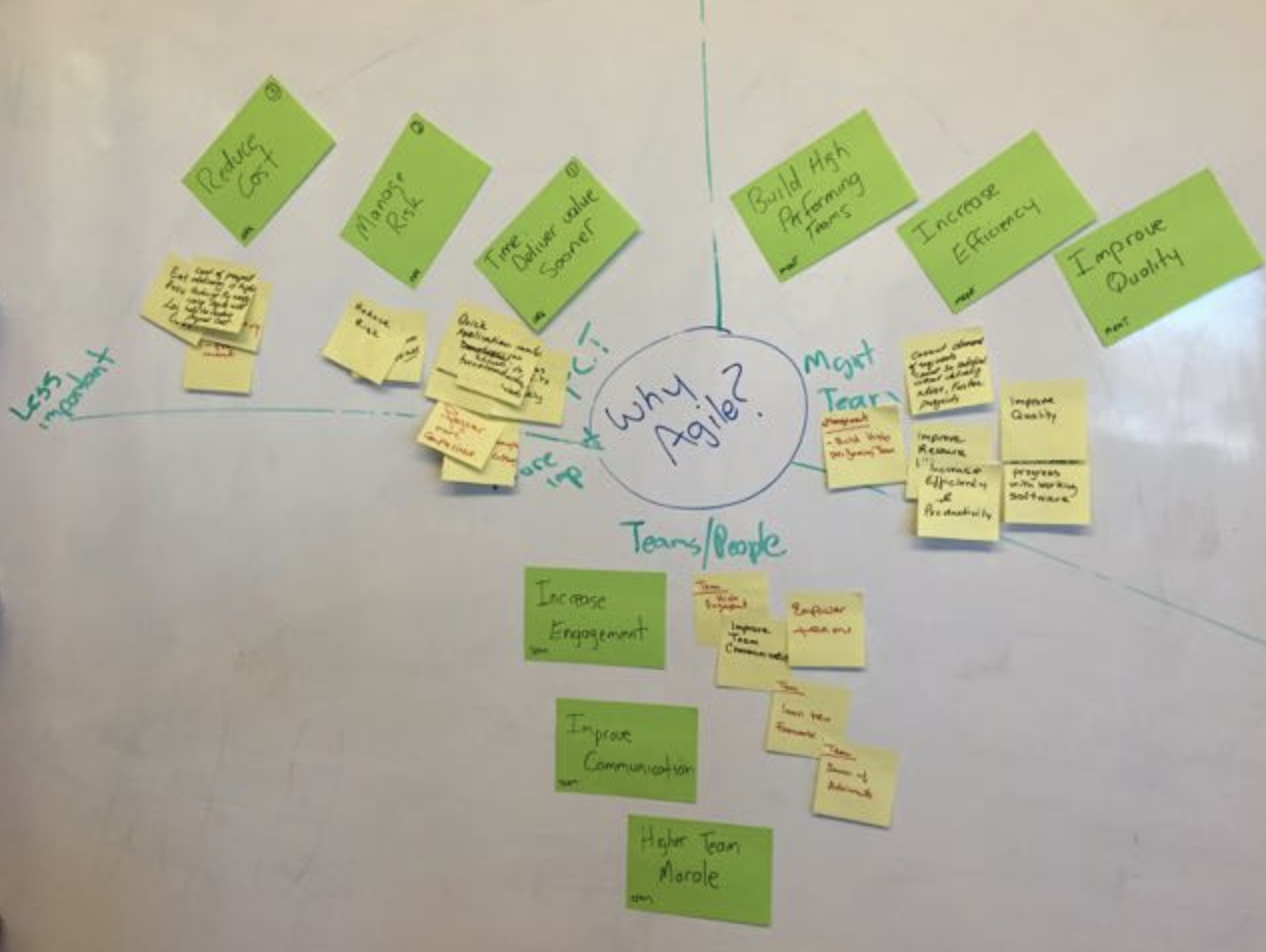 Version One has been conducting agile surveys for 13 years and they include the question: "why did you chose agile?" Typical responses include:

In this small to medium sized organization, it was easy to get the leadership team in the room to do this exercise. The leadership team was given a homework assignment to validate their assumptions because I asked them:

I asked them the questions first, then showed them the Version One reasons because they represent, for the most part, why most organizations are choosing agile.

The idea of change readiness is as old as the birth of change management many decades ago. The problem I see most change people run into is that they de-humanize the process and don't take the time to facilitate a conversation between people who support and oppose the change.

Here are some tips you can use to visualize a Perspective Map:

Published at pmmagazine.net with the consent of Jason Little